Why a museum in the Czech Republic? 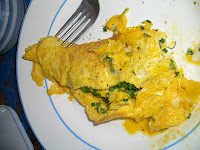 Because of the amazing eggs?

I suppose the true short answer is that I could not afford to set one up in England.   The long answer is that some twelve years ago I had a massive "back to my roots" experience when I visited the Czech Republic to attend a summer language school.

My parents had escaped to England from wartime Czechoslovakia and I was born in London.   But although I grew up speaking English at home (my parents fought in Czech!) I have always been fascinated by the country and, in particular, the language.   I collect not only dolls houses and Girls' Own literature but also languages.....

So when I visited South Bohemia in 1998 I decided that somehow I was going to spend part of the rest of my life there.   How that came about could be the subject of another blog!   Suffice it to say that I took early retirement from my job of twenty years - managing a large Citizens Advice Bureau - took the three year training course to become a teacher of the Alexander Technique, and set off to build a home for six months of each year in a small town (we would really consider it a village) called Bavorov, not far from the Austrian and German borders of the Czech Republic.   Directly below Prague if you want to find it on a map.....

The spur to rescue my large collection of dolls houses and other miniature items from durance vile in the garage at the bottom of my English garden, and set up a proper home for them somewhere, is the sad fact that we are now selling our much-loved home of forty years because it is too big for our needs.   So what to do with the dolls houses?

When I bought and renovated an old village house in Bavorov (and yes the name is easily misheard as something much less polite!) I had thought that the converted cowshed (on left in "Before" picture) would be large enough to serve both as a teaching room for the Alexander Technique and a small dolls house museum.


But it isn't and so the project of moving the houses to the Czech Republic - where the hobby (like the Alexander Technique) is almost unknown - stalled for a while. 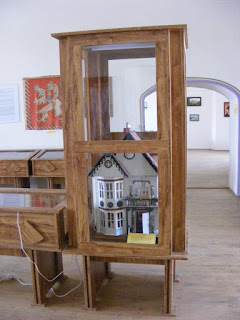 Now needs must and so earlier this year I set about enlisting the help of a Czech friend to find a suitable room in the village for the houses to be displayed.   I knew already that the town council were interested in exhibiting one or two of them in the local museum but a formal museum isn't really where I want them to be.

In fact they have borrowed my granddaughter's dolls house for the summer season and I feel sorry for it, trapped in the secure glass case! 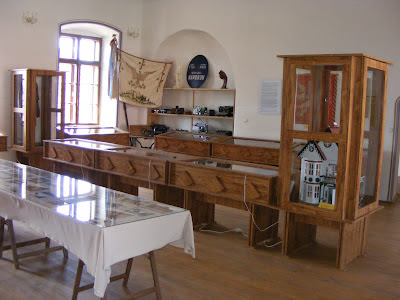 In my next post I will talk about preparing the house that will take its place in the town museum for this summer -  by next year I hope that my very own museum will be open.


And watch this space for more about the negotiations with the town council.